The game went live just under a week ago and the feedback has been really nice to see.

There’s been a balance of “regular” players and power players, and in those power players is where the game got some more much needed play testing.

The one thing that I had designed into the game was the unlimited undo. The side effect was that, technically, there’s infinite ability to make your way through the game so long as you had time and patience - a lot of patience!

The knock on problem with infinite moves is that the score really isn’t infinite. In fact, I alluded to that in a previous devlog because the score is a 16bit value, it has a max range.

So with that, this new release adds a penalty to using the undo. I went through a lot of different ideas and tested them out to see how they affected the score. Here’s just a few that I tried:

These had either drastic effects on the score, which made it pointless, or very subtle effects which rendered the penalty ineffective.

What I settled on was using your progress as the multiplier. So, undo costs 25 points per undo on level 1. On level 2, it costs 50 points, level 3 75 points and so on.

This changes the dynamic of the game in a really interesting way. You start to consider the impact on your decisions against your score: do I continue with undo and risk it, or do I accept the fate of stable score and hope it’s good enough for a highscore?

There was also some fixes for the custom themes - around the palette because I require a custom palette for the game’s main tiles, but when you add your own custom tiles the game switches to the default Layer 2 palette - so there were fixes around that too. And here’s Gaz Mashall’s own custom theme in action behind a new user interface change: 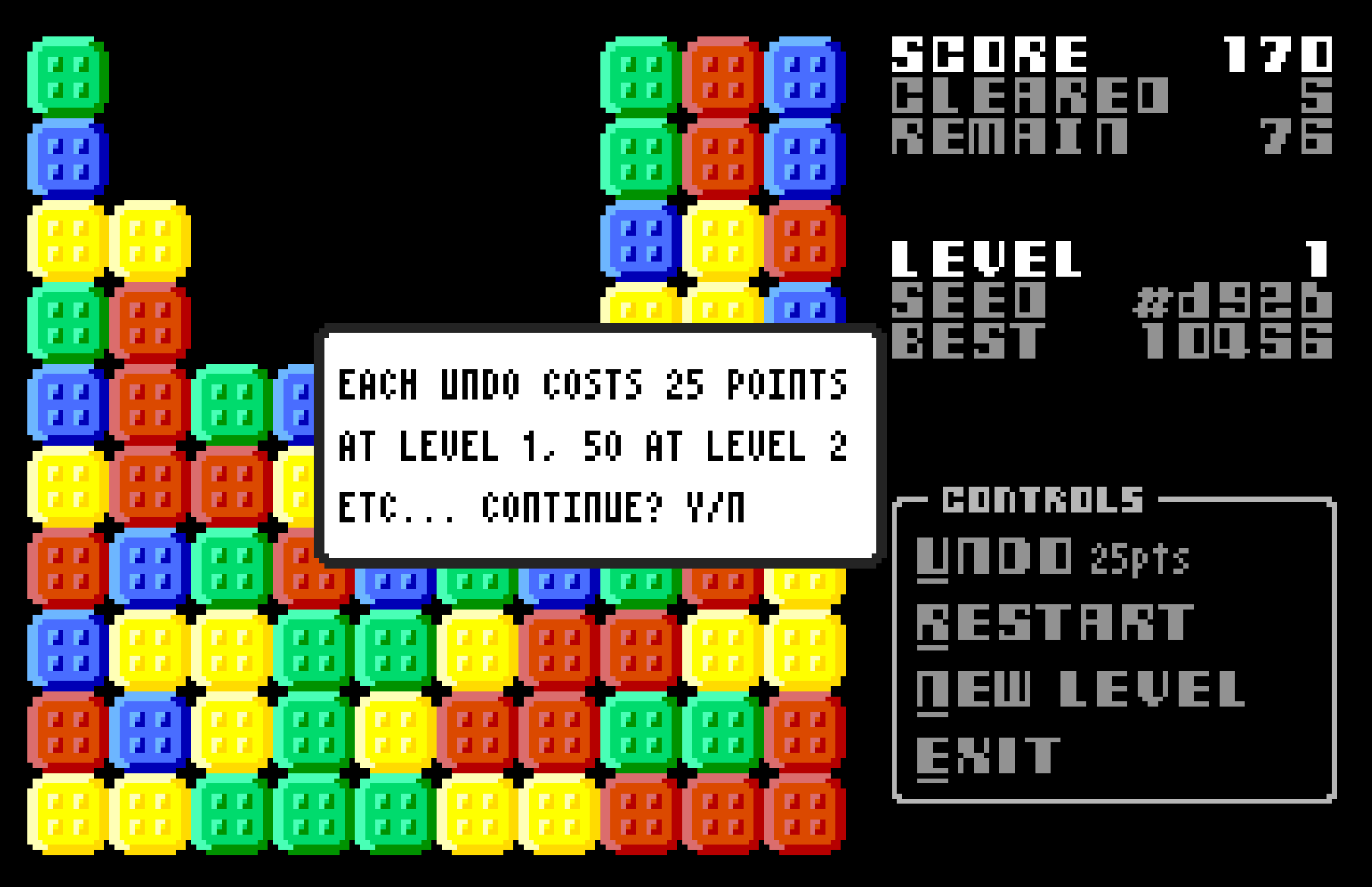 Get Marbles Squared (ZX Spectrum Next)

A puzzle game harking back to The Same Game