After nearly ten months of tinkering in the evening, the Marbles Squared ZX Spectrum Next port is going live this weekend.

It’s not that it actually took 10 months to develop, it’s just along the way I learnt and wrote the code grid handling in assembly, and then I wrote an assembly based dot command that handles HTTP requests both getting and posting data to web servers - and this is now part of the official spectrum core code (which will ship in future machines) - so that’s a nice bonus.

I’m fairly confident there’s no lurking bugs, though I am trying to squash one non blocking issue where the game can’t get the high scores from the web (though oddly the game was able to post the high score for the player in question 🤔). Still, I think it’s looking pretty snazzy: 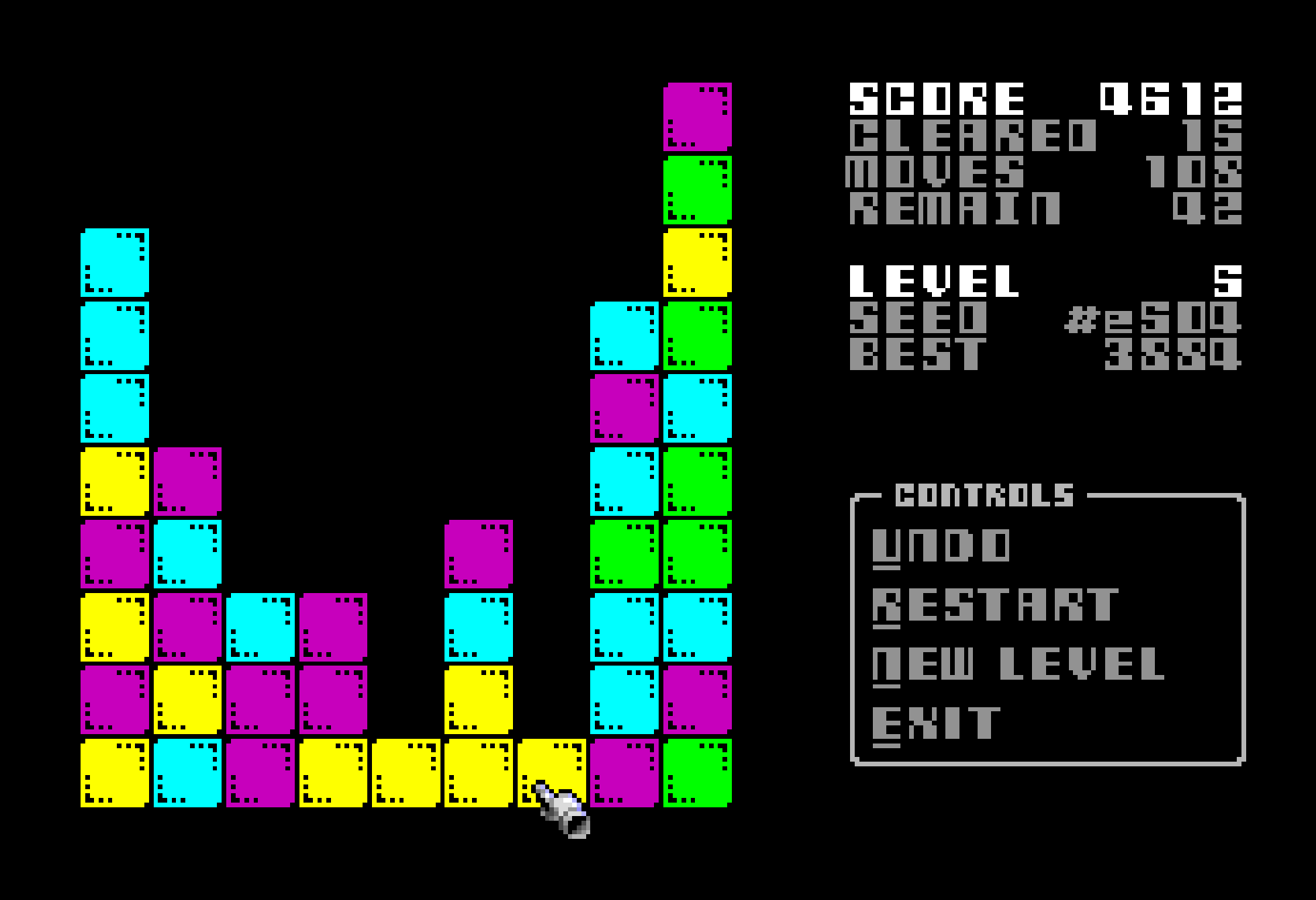 All the same, the itch download page is primed and ready for release on Saturday. There’s two downloads available: the game and the game with fully documented source code and PDF overview article.

In lieu of the release, I’ve been looking back at the original version I wrote in the early 2000s and found a web based Palm Pilot emulator that let me actually play and capture screenshots of the original game (I even managed to recover the source code and published it on github). So I present to you - the old version:

Once the game is live for the Spectrum I’ll release the web version and if I planned the code right, we’ll all be able to contribute to the high score leader board!

Get Marbles Squared (ZX Spectrum Next)

A puzzle game harking back to The Same Game

Very exciting. Great to see your Speccy coding skills developing, and the inclusion of the wifi connectability is a real boon for the Speccy.